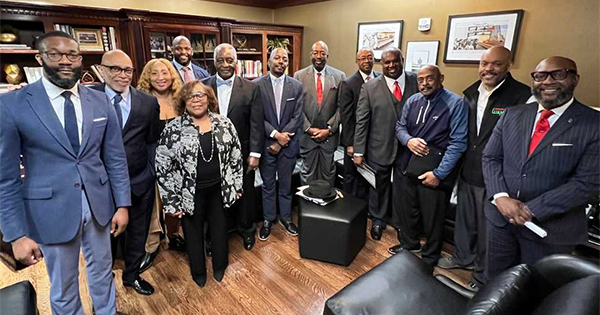 A team of black real estate developers make history as they prepare to launch a $100 million housing project in Birmingham, Alabama. It will be the largest project in the city that will be led solely by African Americans.

Birmingham Mayor Randall Woodfin and City Council have approved an order authorizing the sale and development of approximately 222 acres of land to Green Meadow Apartments, LLC for a purchase price of $1.5 million.

According to WTVM-13, the project’s development team is all African American, including the general contractor. “At over $2 billion to date, this is the largest African American-led transaction in the city’s history. It’s a great day for the City of Birmingham,” said Mayor Woodfin. “Not just because of the jobs, the homes and the economic impact, but because of the history that is being made.”

The area, located near Lakeshore Parkway at 1911 Tiger Walk, will be developed into a multi-phase project that will include single-family, multi-family and seniors housing for approximately 900 residents. It is also planned to include a town center with a grocery store and commercial and retail office space. The total investment in this project would be $100 million.

Green Meadow Apartments CEO Michael German, who is the former HUD Field Office Director for the State of Alabama, leads the project which is expected to create 2,000 construction jobs and 240 permanent jobs. Commercial areas will likely generate $500,000 in property taxes in the first 3 years.

“We would like to thank the mayor and council for their support in this transformational project,” said Cornell Wesley, director of the Department of Innovation and Economic Opportunity. “It sends a message across the country that African-American and minority developers have a place in Birmingham, and we are aggressive and intentional in supporting their efforts.”

This story first appeared on Blackbusiness.com.