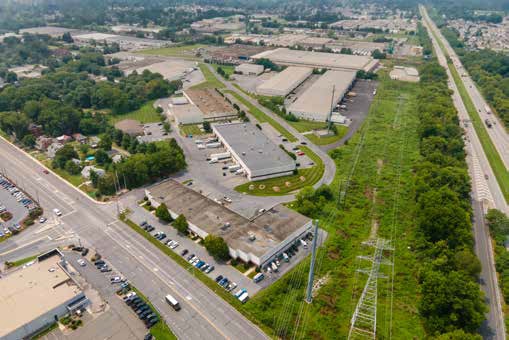 Two commercial real estate companies have partnered to purchase 12 industrial buildings in Berks County, including the entire Berks Corporate Center in Muhlenberg Township, for a total of $77.6 million.

The buildings – two of which are located in the township of Exeter – were described in a February 22 announcement as a “prime location” due to their access to major highways, proximity to many major metropolitan areas and Canada and Berks’ large blue-collar workforce. .

“This acquisition continues one of our long-term strategies of purchasing well-located but hard-to-replace light industrial assets,” Jared Newman, senior vice president of acquisitions for Endurance, said in a statement.

“We remain bullish on Berks County, and in particular the Reading area submarket, as we have been for over a decade.”

Which buildings were part of the sale?

Nine of the 12 buildings in Lehigh Valley West’s industrial portfolio are located in the Berks Corporate Center, just off Route 61 northbound.

This industrial park on Corporate Drive — accessible via Route 61 or Tuckerton Road — is home to a variety of businesses, including warehouses for sneaker retailer Villa and pet food maker FM Brown’s Sons, retailers such as the building materials supplier LL Flooring and menswear Paul Fredrick and other service providers like security company GardaWorld.

A tenth building is located across Tuckerton Road where it accesses Corporate Drive in what is known as the Route 61 Distribution Center.

The largest single structure in the portfolio at 392,030 square feet, the distribution center building houses several warehouses, including for Frito-Lay and Landis Logistics.

The Muhlenberg facilities are all located less than 20 miles south, or about a 25 minute drive, of Interstate 78.

Two other properties in Exeter are directly across from each other and only minutes from Route 422.

A 57,000 square foot multi-tenant building containing Ehrlich Pest Control and Ludgate Engineering, among others, at 10 Vanguard Drive, as well as a 13,200 square foot space in the Lincoln Corporate Center on Lincoln Road.

What are the plans for these buildings?

No imminent changes are announced for any of the properties, as the purchase has been repeatedly described in terms of investment.

Proximity to the Lehigh Valley and major metros such as Philadelphia, Baltimore, New York, and Washington D.C., as well as the large pool of blue-collar labor in Berks County and area, were cited as reasons for property values.

In other words, real estate companies like ASB and Endurance want to participate in the rapid expansion of industry and transport in the region.

“This investment provides an excellent opportunity to own a well-located infill industrial portfolio with access to a strong labor base and proximity to one of the country’s premier industrial markets,” said Brodie Ruland, Managing Director. of ASB and co-responsible for acquisitions. .

“The Lehigh Valley offers a strong labor pool and is located less than two hours from New York’s ports and less than a day’s drive from 48% of the US population.”

According to a statement, the acquisition has added $1.5 billion in industrial asset purchases for ASB since 2018, with its domestic distribution markets now totaling more than 13.3 million square feet.

This is ASB’s fifth joint venture with Endurance, which itself has built up a significant portfolio since its launch in 2002.

10 Metrics Successful Real Estate Investors Should Know Inside Out