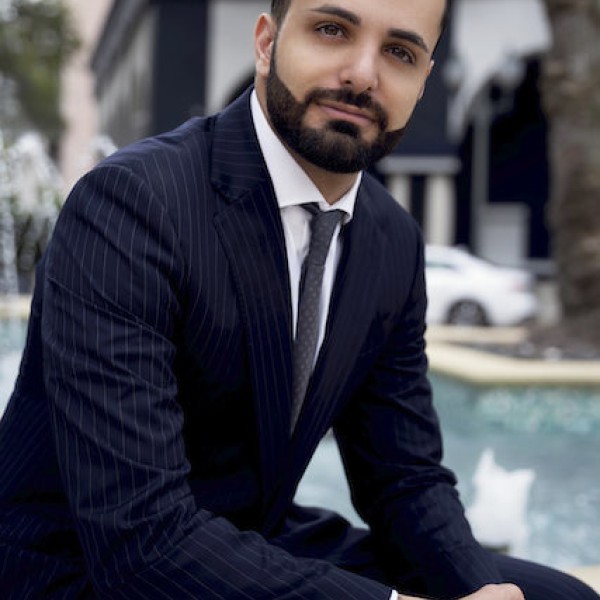 Over the past decade, foreign investor interest in the US real estate market has grown.

Steve Haddadin was born on June 21, 1997 in Los Angeles, California. In 2003, Steve Haddadin and his family moved to Yorba Linda, California. In 2011 they moved to Amman, Jordan where Steve Haddadin attended two years of high school at the Amman Baccalaureate School to connect with his Jordanian roots and learn Arabic. After moving back to Yorba Linda, California in 2013, Haddadin says he developed a deeper interest in connecting with cultural circles around the world. He earned an Associate of Arts degree in Economics and an Accounting Certification in 2017 from Fullerton College. In 2018, he earned his Bachelor of Arts in Business Administration in Finance from California State University, Fullerton. In 2019, he earned a graduation certificate in real estate from California State University, Los Angeles. In 2021, Steve Haddadin enrolled in Capital University Law School and is currently pursuing a Doctor of Laws with a specialization in corporate law.

Chinese investment in real estate in the United States has faced several challenges. For example, the trade war between the United States and China in 2018 did not bode well. In retaliation for US sanctions, the Chinese government created obstacles for its citizens seeking to invest in foreign markets. China then restricted overseas investment in 2016 and allowed citizens to take only $50,000 out of the country.

However, despite the obstacles faced by Chinese investors, they continued to seek investment opportunities in the US real estate sector. The National Association of Realtors (NAR) says that in 2019-20, Chinese buyers bought $11.5 billion in residential properties in the United States. This was just over a sixth of the total properties bought by foreign investors. Other investment opportunities in the top five categories came from Canada, Mexico, India and Colombia.

The CIPS designation is for real estate agents in the United States and abroad to grow their international real estate business. It provides them with the knowledge, research, connections and tools needed to expand their business to global markets. To acquire CIPS, residents of the United States must complete a series of courses and choose three electives from “Americas”, “Europe”, “Asia/Pacific” and “At Home with Diversity” and demonstrate experience international.

After earning the CIPS designation, Steve Haddadin gained immediate access to business improvement tools and strategies. “I have always been an advocate of multiculturalism; adding it to my career has been very successful,” says Haddadin. He has had extensive training working with buyers and sellers around the world. During his training, he looked into various customs, monetary, fiscal and real estate laws. He is a highly qualified broker to help buyers around the world find lucrative investment opportunities. In addition, he is a holder of the US Asia-Pacific Economic Cooperation (APEC) Business Travel Card, which provides access to expedited immigration pathways at international airports of APEC participating countries. You must be a certified businessman or US government official currently active in APEC business to qualify for this card.

Along with prestigious international credentials, Steve Haddadin’s multi-ethnic roots make him ideal for dealing with international property investors. Although born and raised in Los Angeles, California, Steve Haddadin is of Jordanian descent. Her family moved to Jordan for a few years to reconnect with their cultural roots in high school. Fluent in both English and Arabic, Steve Haddadin is proud of his mixed heritage. His multicultural experience helped him build a successful business. He knows how to deal with people of various racial and ethnic backgrounds.

From an early age, Steve Haddadin has been a strong advocate of multiculturalism. He was selected to participate in a delegation of student ambassadors to Tokyo, Japan called People to People in college. People to People is an international student ambassador program founded by former United States President Dwight D. Eisenhower to enhance cultural understanding between people of different countries. Steve Haddadin was placed with a Japanese host family, where he learned about his host family’s culture and shared his American and Jordanian values.

Steve Haddadin’s excellent interpersonal skills could be attributed to his multi-ethnic background and dedication to embracing multiculturalism in his business. He has established credibility with real estate buyers and sellers of all ethnic backgrounds and continues to achieve excellence in real estate.

Real estate developers give out special cash rebates, this Navratri