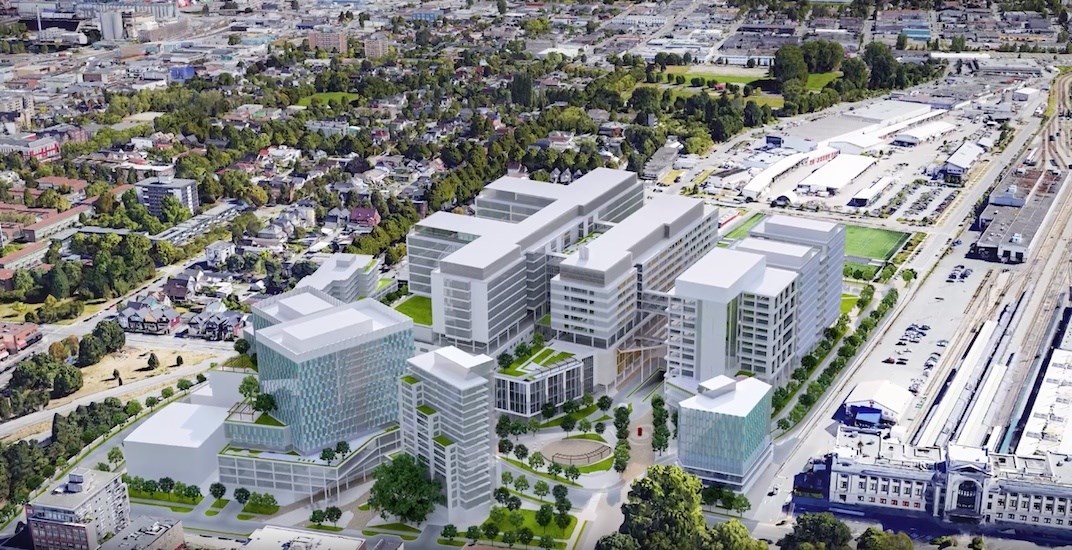 Calgary, job-generating and affordable, tops our annual list, but a new beachfront destination and three other BC centers round out the top picks for real estate investors

In late September, De Havilland Aircraft of Canada announced plans to build a manufacturing and maintenance facility on a 3,700-acre site it purchased in Wheatland County, just east of Calgary, which will employ 1 500 people.

This brilliant news was followed a few days later by the announcement that India-based global tech giant Infosys will create 1,000 jobs in downtown Calgary.

Infosys, a leader in next-generation digital systems, has doubled its initial hiring commitment since the company first expanded into Canada in 2021.

“Today marks the start of our next chapter in Canada,” said Ravi Kumar, president of Infosys. “Calgary’s potential for IT innovation is limitless and we are excited to be part of its future.

Calgary is Canada’s top city for real estate investors now and into 2023. The price of oil hit US$130 a barrel this spring and although it fell back into the US$89 range in October, it is twice as high as 2014. and will continue to transform Alberta’s economy next year.

The commercial real estate market is dominated by the industrial sector, with a tight vacancy rate of 2.2% and average rental rates of $11.65 per square foot, about half the price in Vancouver, which attracts players from British Columbia to Calgary.

Investors are also flocking to Calgary’s retail sector, lured by steady consumer spending of $8 billion a month; and the multi-family residential market, where prices are a fraction of those in Vancouver or Toronto.

With strong job creation, lower provincial taxes, high immigration and a business-friendly environment, Calgary is the place to be in 2023.

No. 2, East Vancouver. The Broadway Subway and Millennium SkyTrain line extensions; the new $2 billion St. Paul’s Hospital; single-detached homes cheaper than in the suburbs and half the price of Vancouver’s West Side; and a government commitment to higher density. If a real estate investor can’t make money here next year, he should go into another business.

The price of a detached house in East Vancouver is now $1.5 million, which is less than Burnaby, Richmond or the suburban North Shore and half the price of neighboring Vancouver’s West Side. It also represents perhaps the best residential real estate game in Canada.

East Vancouver includes the 450-acre False Creek Flats, where the 17-acre St. Paul’s Hospital campus is currently under construction, as well as other job-creating commercial buildings. But The Flats is not zoned for housing: it will be served by the East Vancouver area. At the same time, the $3 billion expansion of the SkyTrain system, which pivots from East Vancouver, convinced the city to massively increase density around planned stations. Rents in Vancouver are the highest in Canada and East Vancouver will be the hottest rental market in the country next year.

As for other commercial areas, before a new 102,000 square foot office building was set to go on sale last month in the Flats, an American medical company purchased the entire building. Industrial land in East Vancouver sells for $13 million an acre; multi-family land at $19 million per acre; and retail sites over $1,000 per square foot. Get in now and these prices will look like a bargain in a year or two.

No. 3, Bamfield: The first highway to this small town in Pacific Rim is now open and will be completed in early 2023. Land and house prices have soared over the past year in a hamlet with freehold land and huge sandy beaches that are called “the next Tofino”.

What if you could have bought in Whistler or Tofino 30 years ago? This is the type of opportunity we see for recreational properties in Bamfield on the west coast of Vancouver Island.

This year, a 76 kilometer “sealed” and partially paved highway replaced a rough logging road linking Bamfield to Port Alberni and the rest of Vancouver Island. The highway will officially open in 2023, but pioneers have already offered higher prices.

“There were significant house price increases of around 50% to 75% once the road announcement was made in 2020,” Craig Filipchuk of Remax Mid Island Realty told local newspaper Ha- Shilth-Sa.

The average cost of a home in Bamfield was $261,391 ten years ago. In 2022, the average home price is $644,300. REW.CA had four listings in Bamfield as of mid-October, priced from $549,000 to a $1.3 million five-bedroom waterfront home, which is below the price of a bungalow in Vancouver and maybe a third of the cost of the Tofino waterfront.

Bamfield is a quaint place reminiscent of an Atlantic fishing village, but we think it’s about to get the West Coast real estate experience.

No. 4, Penticton and South Okanagan: Penticton challenges Kelowna as an Okanagan hotspot. Facing two lakes, the central South Okanagan will lead BC’s recreational market in 2023, attracting investors from the Lower Mainland and Alberta.

Best investment: waterfront. This year, 23 waterfront homes sold in the South Okanagan, with average prices down 47% from the previous year to $1.57 million in September 2022. This compares to an average waterfront home price of $4.5 million in the central Okanagan, which is even further from the Lower Mainland. Prices for single-detached homes in the South Okanagan, which includes the popular lakeside town of Osoyoos, are now $779,500, the lowest price in the entire Okanagan. Penticton also has a near-zero rental vacancy rate, and REW.CA had a dozen condos in the city at $275,000 or less as of mid-October.

Buy the dip. Penticton is the best residential leisure and resort market in the interior of British Columbia in 2023.

#5, Nanaimo: Multi-family lots now sell for $3 million an acre; there is a huge expansion at the Nanaimo container port; the main employers are recession-proof hospitals, medical services and universities – and there is a large influx of people from across Canada.

Nanaimo has a population north of 100,000 and, according to the 2021 census, is one of the fastest growing cities in Canada, tied for third with Kamloops, British Columbia.

Of the record $319 million in building permit value in the first six months of 2022, residential projects account for $238 million.

A recent project includes a hotel and approximately 700 homes planned for the northern edge of downtown Nanaimo on a seven-acre site near the Millstone River.

Buying here is rental properties, residential – both are priced well below Victoria – plus industrial land and industrial strata.

A $100 million expansion of the Nanaimo container port led by DP World, a Dubai-based global shipping and port logistics leader, will be a game-changer for the local economy. It is estimated that the 30 acres of the site will create approximately 1,000 new jobs.

The Port Authority has industrial land to lease for industrial use, but the surrounding land is already in the hands of two large landowners: Harmac Pacific, which owns more than 1,250 acres at Duke Point which it purchased in 2008 ; and Seacliff Properties which bought 726 acres four years ago and is planning a massive mixed-use development.

Colliers International in Nanaimo estimates that serviced industrial land at Duke Point could eventually be valued at $1 million per acre, up from about $400,000 per acre today.

New arrivals and a tight commercial real estate market are pushing prices up, but we think the Vancouver Island port city is just beginning its real estate ascent.

The average cost of technology tools for real estate agents